Prison From The Inside Out: One Man's Journey From A Life Sentence to Freedom (Paperback) 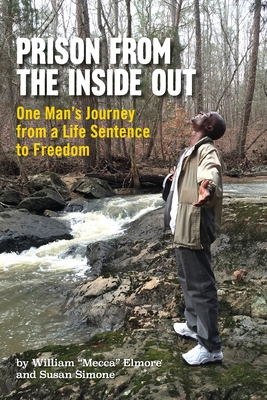 Prison From The Inside Out is both a book and an act of trust: A black man from New Jersey and a white woman from New York meet in a workshop at a North Carolina prison. They decide they have something to tell the world about incarceration, self-esteem, personal growth, survival, and the power of trust. Together they have created this book.

On March 30, 1991, William "Mecca" Elmore fired a gun toward a parked and occupied van in an attempt to protect a friend who he thought was actively involved in a drug deal gone bad. In court two years later, that same friend testified that Mecca had aimed directly at the van's occupants, one of whom died of his wound before reaching the hospital. Mecca admitted to firing the gun, but he did not plan to kill anyone, so although the public defender urged him to take a plea bargain, he insisted on taking the stand. Today, Mecca sees giving that testimony as a turning point in his life.

Mecca was sentenced to "mandatory life," a sentence that meant he would spend the rest of his natural life in prison with no possibility of parole.

Prison From The Inside Out tells the story of how that sentence was served.