HIV/AIDS in South Africa - The Facts and the Fiction (Paperback) 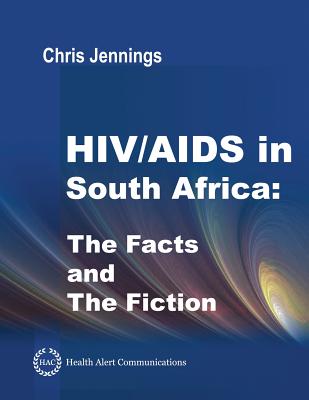 By Chris Jennings
Email or call for price.
Usually Arrives in 2-10 Days

Few people realize that the familiar HIV/AIDS global statistics are actually estimates. For example, UNAIDS estimated that the Republic of South Africa (RSA) had 140,000 HIV/AIDS deaths in 1997. However, after tabulating all deaths for 1997, the Republic of South Africa attributed only 6,635 deaths to HIV/AIDS. Such discrepancies are rarely noted. The Republic of South Africa (RSA) stands as the exemplar of these discrepancies. It is reputed to have the world's largest AIDS epidemic with an estimated 5.6 million people living with HIV/AIDS (PLWH) in 2008. Such PLWH estimates, as with the estimates of HIV/AIDS deaths, are highly questionable. HIV/AIDS in South Africa: The Facts and the Fiction clarifies the reasons behind these discrepancies by describing two common misunderstandings of HIV infection that contribute to poor mathematical modeling outcomes. Fully referenced, HIV/AIDS in South Africa: The Facts and the Fiction presents and compares raw numerical data on: ? the tabulated number of HIV/AIDS deaths in the RSA; ? the number of AIDS cases detected by RSA disease surveillance systems; ? UNAIDS/WHO estimates for AIDS deaths in the RSA; and ? UNAIDS/WHO estimates for the number of people living with HIV/AIDS in the RSA. The total cumulative numbers of HIV/AIDS cases in the United States and the cumulative totals for the continent of Africa are also presented for purposes of comparison, and to place the African and RSA data within appropriate epidemiological context. Overall, these data span from 1981 to 2009. Altogether, these data, plus additional information detailing the nature of HIV infection and heterosexual HIV transmission rates, explain why the hyperbolic mathematical estimates and HIV antibody test surveys - the primary sources of HIV/AIDS data in Africa - are simply implausible. Contents: 118 pages, 20 tables, several side boxes, and 240 references.