A Treatise of Human Nature (Great Books in Philosophy) (Paperback) 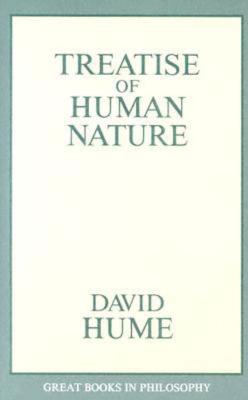 "Nothing is more curiously enquired after . . . than the causes of every phenomenon. . . . [We] push on our enquiries, till we arrive at the original and ultimate principle. . . . This is our aim in all our studies and reflections."

These words sum up David Hume's plan: To discover the fundamental principles at work in the nature and extent of human knowledge, and in so doing to gain a clearer understanding of our perception, ideas (e.g. of cause and effect), impressions, beliefs, passions, virtues, and vices. Hume's piercing critique and relentless analysis make this truly one of the most influential works of the Early Modern period.

DAVID HUME was born in Edinburgh, Scotland, on April 26, 1711. He entered the University of Edinburgh at the age of twelve but left a few years later without having been conferred a degree. Being a lifelong skeptic, Hume was taken with the French philosophers whose work was exemplary of the movement. In 1734, he made an intellec­tual pilgrimage to La Fleche, France, the town where Descartes had been educated. Three years later, this change of scene culminated in his book titled A Treatise of Human Nature.

After returning to England in 1737, the remainder of Hume's life was spent writing on psychology, morality, and politics. During this time, his bid for appointment as professor of ethics in Edinburgh proved unsuccessful because of his views on religion. From that point on, he was to undertake short-term positions of employment with powerful and influential people in the English government. These appointments included some travel to the Continent. From 1767 to 1768 he served as undersecretary of state for the northern depart­ment. Hume then returned to Edinburgh, where he died eight years later on August 25, 1776.