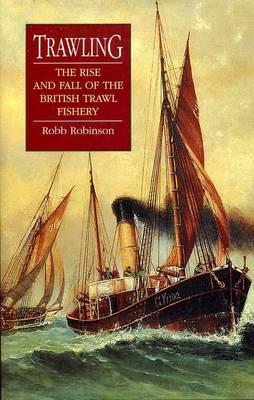 “Trawling makes a particularly strong mark simply in the way it conveys to the reader the everyday working lives of British trawl fishermen. We also gain valuable insight into the maritime trades that supported trawling. The objective, yet humanly transecendent, tone with which Robinson evokes the rigours and danger of trawling in ever more distant waters has seldom been matched by maritime historians dealing with this labour issue. There is a level of ethnographic authority in Robinson's narrative (possibly due to his family's longtime involvement in the industry) that soundly situates the reader in the trawlerman's distinct culture, from the benefits that accrued to being affiliated with a succesful skipper to the struggles to achieve unionization among commercial fishing's rank-and-file.

“One can feel the rhythms of the fisherman's community in Robinson's commentary - time spent not only at sea, but in the home, in the pub, and on the docks. Indeed, Trawling is one of the few treatments of this maritime industry that acknowledges the significant role women played in a setting where men were frequently gone. Trawling further contributes to fisheries history by discussing the unique role trawlermen played as small-boat handlers in the Trawler Section of Royal Naval Reserve during World War I; the Royal Naval Patrol Section during World War II; and as ever-present lifesavers during peacetime. As can be inferred from Robinson's title, trawling's symbolism and tangible effect will resonate economically and environmentally for years to come. To this end, Trawling is commendable for its methodological, interpretive, and substantive contributions to the international community of maritime historians.” –International Journal of Maritime History, 1999