Politics and the Occult: The Left, the Right, and the Radically Unseen (Paperback) 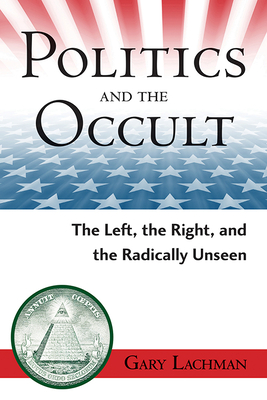 The gritty business of politics is not something we usually associate with the occult. But esoteric beliefs have influenced the destiny of nations since the time of ancient Egypt and China, when decisions of state were based on portents and astrology, to today, when presidents and prime ministers privately consult self-proclaimed seers. Politics and the Occult offers a lively history of this enduring phenomenon. Author and cultural pundit Gary Lachman provocativly questions whether the separation of church and state so dear to modern political philosophy should be maintained. A few of his fascinating topics include the fate of the Knights Templar and the medieval Gnostic Cathars, the occult roots of America and the French Revolution in Freemasonry, Gurdjieff and the swastika, Soviet interest in UFOs, the CIA and LSD, the Age of Aquarius, the millenarian politics that inform the struggle with Islamic terrorism, fundamentalism, and more.

Gary Lachman was a founder member of Blondie and wrote the group's early hits. Born in New Jersey and a longtime resident of both New York and Los Angeles, he now lives in London.