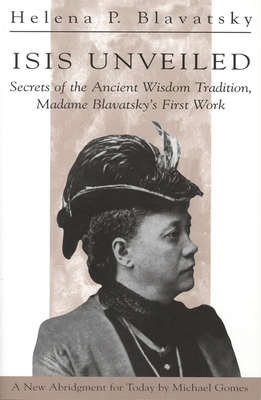 Creating a sensation when it was first published in 1877, the first major work by the young Russian noblewoman who would found the Theosophical Society devoted 1200 pages to the mysteries of ancient and modern science and theology. This new edition abridged by Theosophical scholar Michael Gomes breathes fresh life into this classic of Western esoteric thinking. Stripped of its lengthy quotations from other writers and its repetitious commentary, Isis Unveiled is revealed to be a clear and readable exploration of the universal truths of the Ancient Wisdom Tradition by one of the most remarkable women of modern times.