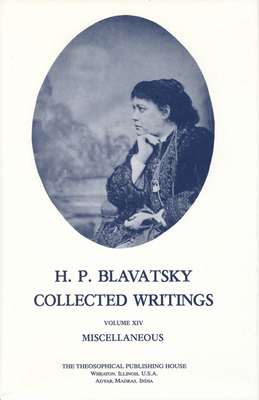 The definitive edition of HPB's writings in 15 volumes. Volume 14 includes posthumously published essays, written at various times; among them are some which may have been intended for another volume of The Secret Doctrine. Some of the subjects are: 'The Kabalah'; 'Eastern and Western Occultism'; 'The Last of the Mysteries in Europe'; 'Symbolism of Sun and Stars'; 'Cycles and Avataras'; 'The Mystery of Buddha'.