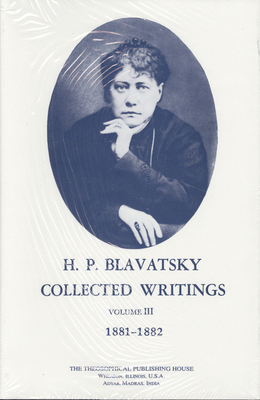 The definitive edition of HPB's writings in 15 volumes. Volume 3 is from 1881 to 1882, and includes articles such as: 'Transcendental Physics'; 'Electric and Magnetic Affinities between Man and Nature'; 'Hypnotism'; 'Lamas and Druses'; 'Stars and Numbers'; 'Are Dreams but Idle Visions?'; 'Spiritualism and Occult Truth'.