American Exceptionalism and Civil Religion: Reassessing the History of an Idea (Paperback) 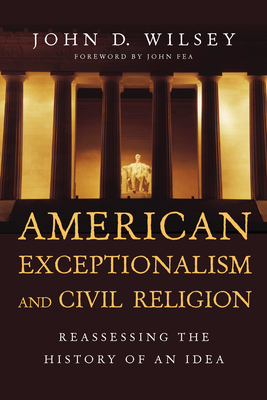 Ever since John Winthrop told his fellow colonists in 1630 that they were about to establish a City upon a Hill, the idea of having a special place in history has captured the American imagination. Through centuries of crises and opportunities, many have taken up this theme to inspire the nation. But others have criticized the notion because it implies a sense of superiority which can fuel racism, warmongering and even idolatry. In this remarkable book, John Wilsey traces the historical development of exceptionalism, including its theological meaning and implications for civil religion. From seventeenth-century Puritans to twentieth-century industrialists, from politicians to educators, exceptionalism does not appear as a monolithic concept to be either totally rejected or devotedly embraced. While it can lead to abuses, it can also point to constructive civil engagement and human flourishing. This book considers historically and theologically what makes the difference. Neither the term nor the idea of American exceptionalism is going away. John Wilsey's careful history and analysis will therefore prove an important touchstone for discussions of American identity in the decades to come.