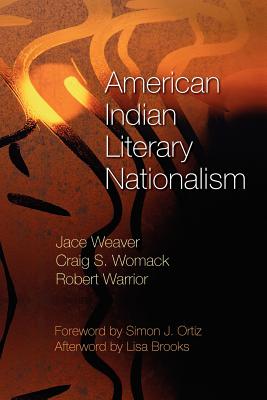 In a contentious field characterized by divergence of opinion, American Indian Literary Nationalism intervenes in recent controversial debates on the role of hybridity, suggesting common sense strategies rooted in the material realities of various communities. These essays deal with issues the authors have been wrestling with throughout their careers.

Jace Weaver, Craig Womack, and Robert Warrior, assert being a nationalist is a legitimate perspective from which to approach Native American literature and criticism. They consider such a methodology not only defensible but also crucial to supporting Native national sovereignty and self-determination, an important goal of Native American studies, generally.

However, the authors do not believe the nationalism suggested in American Indian Literary Nationalism is the only possible approach to Native literature. Each invites Natives and non-Native allies who support tribal national sovereignty and nationalist readings of Native literature to join the discussion.

With this writing, each author acknowledges and honors the foundational contribution of Simon Ortiz in his 1981 MELUS essay, Towards a National Indian Literature: Cultural Authenticity in Nationalism. It has been over thirty-five years since academe has accepted the legitimacy of American Indian literature. Weaver, Warrior, and Womack now call for more Native voices to articulate literary criticism and for clearer thinking about what links the literature to Native communities.