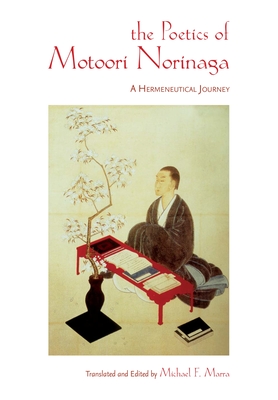 One of Japan's most renowned intellectuals, Motoori Norinaga (1730-1801) is perhaps best known for his notion of mono no aware, a detailed description of the workings of emotions as the precondition for the poetic act. As a poet and a theoretician of poetry, Norinaga had a keen eye for etymologies and other archaeological practices aimed at recovering the depth and richness of the Japanese language. This volume contains his major works on the Yamato region--the heartland of Japanese culture--including one of his most famous poetic diaries, The Sedge Hat Diary (Sugagasa no Nikki), translated into English here for the first time.

Written in 1772 while Norinaga journeyed through Yamato and the Yoshino area, The Sedge Hat Diary was composed in the style of Heian prose and is interspersed with fifty-five poems. It offers important insights into Norinaga the poet, the scholar of ancient texts, the devout believer in Shinto deities, and the archaeologist searching for traces of ancient capitals, palaces, shrines, and imperial tombs of the pre-Nara period. In this piece Norinaga presents Yoshino as a common poetic space that readers must inhabit to develop the common sense that makes them live ethically in the poet's ideal society.

Norinaga's ideal society is deeply imbued with the knowledge of poetry and the understanding of emotions as evidenced in the translation of Norinaga's twenty-six songs on aware (pathos) also included here. The rest of the volume offers translations of several essays by the poet that shed further light on the places he visited in Yoshino and on the main topic of his scholarly interests: the sound of the uta (songs) from his beloved Yamato. An introductory essay on Norinaga's poetics serves as a guide through the dense arguments he developed both practically in his poems and theoretically in his essays.