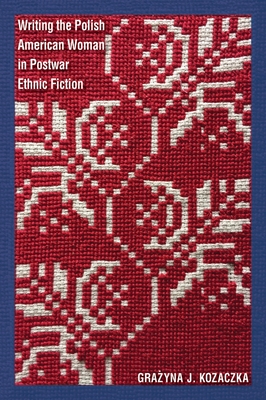 Though often unnoticed by scholars of literature and history, Polish American women have for decades been fighting back against the patriarchy they encountered in America and the patriarchy that followed them from Poland. Through close readings of several Polish American and Polish Canadian novels and short stories published over the last seven decades, Writing the Polish American Woman in Postwar Ethnic Fiction traces the evolution of this struggle and women’s efforts to construct gendered and classed ethnicity.

Focusing predominantly on work by North American born and immigrant authors that represents the Polish American Catholic tradition, Grażyna J. Kozaczka puts texts in conversation with other American ethnic literatures. She positions ethnic gender construction and performance at an intersection of social class, race, and sex. She explores the marginalization of ethnic female characters in terms of migration studies, theories of whiteness, and the history of feminist discourse. Writing the Polish American Woman in Postwar Ethnic Fiction tells the complex story of how Polish American women writers have shown a strong awareness of their oppression and sought empowerment through resistive and transgressive behaviors.

Grażyna J. Kozaczka is a distinguished professor of English and the director of the All College Honors Program at Cazenovia College. She is the author of William Dean Howells and John Cheever: The Failure of the American Dream and numerous articles on Polish American literature. She has also authored Old World Stitchery, and articles on Polish folk dress and adornment.