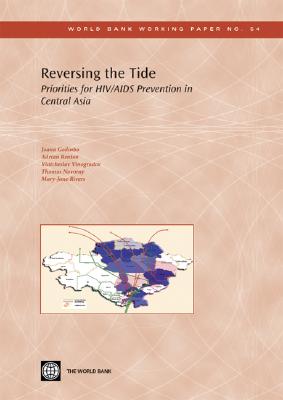 Although the number of reported cases of HIV in Central Asia is still very low, the growth rate of the epidemic (about 500 cases in 2000 to over 12,000 in 2004) is a cause for serious concern. Central Asia lies along the drug routes from Afghanistan to Russia and Western Europe, and it is estimated that it has half a million drug users, of which more than half inject drugs. Without concerted action, we may expect to see the rapid development of an HIV epidemic concentrated among injecting drug users over the next four or five years, followed by the spread among the 15- to 30-year-old population, with sexual transmission as the predominant mode. This would follow the pattern of the epidemic in other regional countries such as Russia, Ukraine, and Moldova. Governments, NGOs, and international partners in the field have taken initial steps to avoid a major HIV/AIDS epidemic in Central Asia. All countries with the exception of Turkmenistan have put in place coherent overarching policies and strategies to control HIV, which were prepared with assistance from UNAIDS; and all countries have received grants from the Global Fund to Fight AIDS, Tuberculosis, and Malaria (GFATM). NGOs are active in the region, and partner organizations and international NGOs have been providing significant technical and financial assistance. Despite growing regional commitment and resources to prevent and control the epidemic, there are, however, a number of issues that are not being adequately addressed. This study identifies critical gaps, and makes recommendations for further action that will ensure effective early prevention of HIV/AIDS in Central Asia.