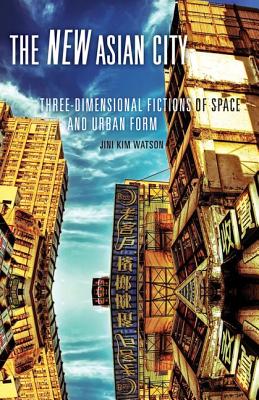 By Jini Kim Watson
Email or call for price.

Under Jini Kim Watson’s scrutiny, the Asian Tiger metropolises of Seoul, Taipei, and Singapore reveal a surprising residue of the colonial environment. Drawing on a wide array of literary, filmic, and political works, and juxtaposing close readings of the built environment, Watson demonstrates how processes of migration and construction in the hypergrowth urbanscapes of the Pacific Rim crystallize the psychic and political dramas of their colonized past and globalized present.

Examining how newly constructed spaces—including expressways, high-rises, factory zones, department stores, and government buildings—become figured within fictional and political texts uncovers how massive transformations of citizenries and cities were rationalized, perceived, and fictionalized. Watson shows how literature, film, and poetry have described and challenged contemporary Asian metropolises, especially around the formation of gendered and laboring subjects in these new spaces. She suggests that by embracing the postwar growth-at-any-cost imperative, they have buttressed the nationalist enterprise along neocolonial lines.

The New Asian City provides an innovative approach to how we might better understand the gleaming metropolises of the Pacific Rim. In doing so, it demonstrates how reading cultural production in conjunction with built environments can enrich our knowledge of the lived consequences of rapid economic and urban development.

"The New Asian City is capacious, probing, and exciting as it cuts across Asian global fields: Jini Kim Watson makes the Pacific Rim urban space boom, transform, and resonate with life force, social knowledge, and urban creativity." —Rob Wilson, author of Reimagining the American Pacific: From ‘South Pacific’ to Bamboo Ridge and Beyond

"This is an unusually interesting book. It is remarkable not because the New Asian City is analyzed in terms of the latest urban theory available, but because it demonstrates how much farther urban theory has to go to catch up with the Asian city." —Ackbar Abbas, author of Hong Kong: Culture and the Politics of Disappearance