Disidentifications: Queers Of Color And The Performance Of Politics (Cultural Studies of the Americas #2) (Paperback) 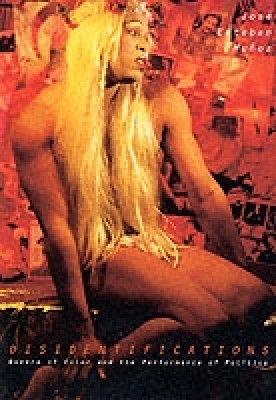 By José Esteban Muñoz
Email or call for price.
Usually Arrives in 2-10 Days

There is more to identity than identifying with one’s culture or standing solidly against it. José Esteban Muñoz looks at how those outside the racial and sexual mainstream negotiate majority culture—not by aligning themselves with or against exclusionary works but rather by transforming these works for their own cultural purposes. Muñoz calls this process “disidentification,” and through a study of its workings, he develops a new perspective on minority performance, survival, and activism.Disidentifications is also something of a performance in its own right, an attempt to fashion a queer world by working on, with, and against dominant ideology. By examining the process of identification in the work of filmmakers, performance artists, ethnographers, Cuban choteo, forms of gay male mass culture (such as pornography), museums, art photography, camp and drag, and television, Muñoz persistently points to the intersecting and short-circuiting of identities and desires that result from misalignments with the cultural and ideological mainstream in contemporary urban America.Muñoz calls attention to the world-making properties found in performances by queers of color—in Carmelita Tropicana’s “Camp/Choteo” style politics, Marga Gomez’s performances of queer childhood, Vaginal Creme Davis’s “Terrorist Drag,” Isaac Julien’s critical melancholia, Jean-Michel Basquiat’s disidentification with Andy Warhol and pop art, Felix Gonzalez-Torres’s performances of “disidentity,” and the political performance of Pedro Zamora, a person with AIDS, within the otherwise artificial environment of the MTV serialThe Real World.

José Esteban Muñoz (1967–2013) was assistant professor of performance studies at the Tisch School of the Arts, New York University.