The Conflict and Culture Reader (Paperback) 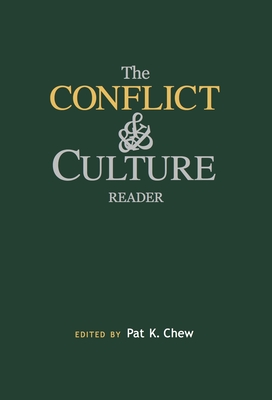 Culture is the lens through which we make sense of the world. In any conflict, from petty disputes to wars between nation-states, the players invariably view that conflict through the filter of their own cultural experiences. This innovative volume prompts us to pause and think through our most fundamental assumptions about how conflict arises and how it is resolved.

Even as certain culturally based disputes, such as the high-profile cases in which an immigrant engages in conduct considered normal in the homeland but which is explicitly illegal in his/her new country, enter public consciousness, many of the most basic intersections of culture and conflict remain unexamined. How are some processes cultured, gendered, or racialized? In what ways do certain groups and cultures define such concepts as "justice" and "fairness" differently? Do women and men perceive events in similar fashion, use different reasoning, or emphasize disparate values and goals?

Spanning a wide array of disciplines, from anthropology and psychology to law and business, and culling dozens of intriguing essays, The Culture and Conflict Reader is edited for maximum pedagogical usefulness and represents a bedrock text for anyone interested in conflict and dispute resolution.

Pat K. Chew is Professor at the University of Pittsburgh School of Law and is the author and co-author of numerous books and articles.