From Dessalines to Duvalier: Race, Colour and National Independence in Haiti (Paperback) 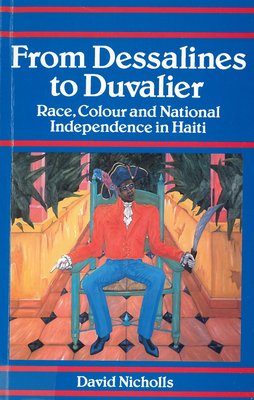 In this lively, provocative, and well-documented history, David Nicholls discusses the impact of "color" on the political relationship between the black majority and the mulatto elite during almost two hundred years of Haitian history. The divisive factor impeding harmony in Haitian culture, argues Nicholls, has not been race, but color. Identifying themselves as non-white, blacks and mulattos acknowledge racial unity. But color divisions, reinforced by religious, regional, and class differences, have nonetheless prevented the two groups from achieving poltitical and ideological unity. Nicholls grounds this sophisticated analysis in great historical detail and engaging, witty prose. Students and general readers alike will delight in this insightful and informative history of Haiti.

David Nicholls is a major authority on Haiti, and was in the country as a newspaper correspondent during the 1987 election disaster. His other books include Haiti in Caribbean Context: Ethnicity, The Pluralist State, and Deity and Domination.