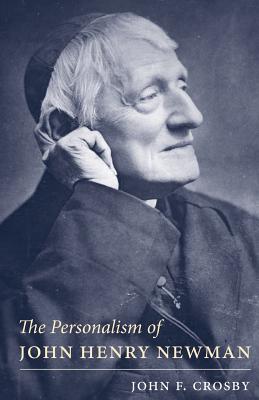 It has been said that John Henry Newman stands at the threshold of the new age as a Christian Socrates, the pioneer of a new philosophy of the individual Person and Personal Life. Newman's personalism is found in the way he contrasts the theological intellect and the religious imagination. Newman pleads for the latter when he famously says, in words that John F. Crosby takes as the motto of his book, I am far from denying the real force of the arguments in proof of a God ...but these do not warm me or enlighten me; they do not take away the winter of my desolation, or make the buds unfold and the leaves grow within me, and my moral being rejoice. In The Personalism of John Henry Newman, Crosby shows the reader how Newman finds the life-giving religious knowledge that he seeks. He explores the heart in Newman and explains what Newman was saying when he chose as his cardinal's motto, cor ad cor loquitur (heart speaks to heart). He explains what Newman means in saying that religious truth is transmitted not by argument but by personal influence.Crosby also examines Newman's personalist account of what it is to think; he explains what it is for a person to think not just by rule but by his spontaneous living intelligence. Crosby examines the subjectivity of Newman, and shows how the modern turn to the subject is enacted in Newman. But these personalist aspects of Newman's mind, which connect him with many streams of contemporary thought, are not the whole of Newman; they stand in relation to something else in Newman, something that Crosby calls Newman's radically theocentric religion. Newman is a modern thinker, but not the modernist he is sometimes mistaken for. The inexhaustible plenitude of Newman derives from theunion of apparent opposites in him: the union of his teaching on the heart with his theocentric teaching, of the subjectivity of experience with the objectivity of revealed truth. Crosby writes for a broad non-specialist public just as Newman did.

John F. Crosby is professor of philosophy at Franciscan University of Steubenville