Writers and Miners: Activism and Imagery in America (Paperback) 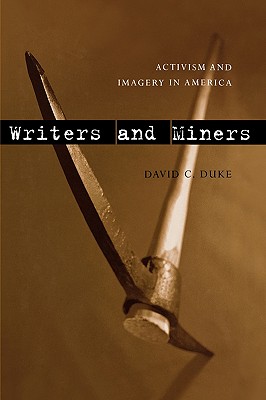 Coal miners evoke admiration and sympathy from the public, and writers -- some seeking a muse, others a cause -- traditionally champion them. David C. Duke explores more than one hundred years of this tradition in literature, poetry, drama, and film. Duke argues that as most writers spoke about rather than to the mining community, miners became stock characters in an industrial morality play, robbed of individuality or humanity. He discusses activist-writers such as John Reed, Theodore Dreiser, and Denise Giardina, who assisted striking workers, and looks at the writing of miners themselves. He examines portrayals of miners from The Trail of the Lonesome Pine to Matewan and The Kentucky Cycle. The most comprehensive study on the subject to date, Writers and Miners investigates the vexed political and creative relationship between activists and artists and those they seek to represent.