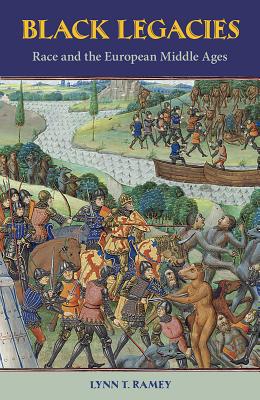 By Lynn T. Ramey
Email or call for price.

"A provocative study of western racial attitudes. Ramey adds an important, likely controversial, and well-written scholarly challenge to the argument that racism in the West was the product of nineteenth-century science."--Hamilton Cravens, coeditor of Race and Science "The significance of this book extends beyond the medieval past. Black Legacies shows that behind myths of knights in shining armor and fair maidens lies a contested literary and cultural history of medievalism that troubles understandings of race from the nineteenth century to today."--Russ Castronovo, author of Beautiful Democracy Bringing far-removed time periods into startling conversation, this book argues that certain attitudes and practices present in Europe's Middle Ages were foundational in the development of the western concept of race. As early as the twelfth and thirteenth centuries, society was already preoccupied with skin color. Using historical, literary, and artistic sources, Black Legacies explores the multitude of ways the coding of black as "evil" and white as "good" existed in medieval European societies. Lynn Ramey demonstrates how mapmakers and travel writers of the colonial era used medieval lore of "monstrous peoples" to question the humanity of indigenous New World populations and how medieval arguments about humanness were employed to justify the slave trade. She also analyzes how race is portrayed in films set in medieval Europe, ultimately revealing an enduring fascination with the Middle Ages as a touchstone for processing and coping with racial conflict in the West today.

Lynn T. Ramey is associate professor of French at Vanderbilt University. She is the author of Christian, Saracen and Genre in Medieval French Literature: Imagination and Cultural Interaction in the French Middle Ages and coeditor of Race, Class, and Gender in "Medieval" Cinema.