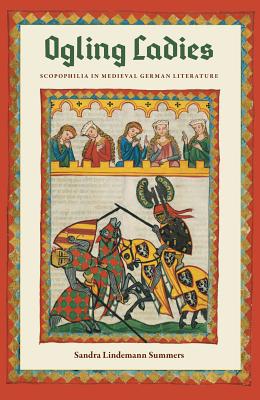 "Successfully applies modern psychoanalytic theory to analysis of medieval texts in a creative way that further enhances our reading of the older literature. A meaningful contribution to the continuing discussion of how modern readers encounter and understand older texts."--Alexandra Sterling-Hellenbrand, author of Topographies of Gender in Middle High German Arthurian Romance "Summers's selection of works is logical and effective and offers the reader an opportunity to compare and contrast literary representatives of the phenomenon of scopophilia."--Ernst Ralf Hintz, author of Learning and Persuasion in the German Middle Ages In the European Middle Ages, the harm a person's gaze could cause was greatly feared. A stare was considered an act of aggression; intense gazing was believed to exert immense power over the individual observed. The love of looking, or scopophilia, is a common motif among female figures in medieval art and literature where it is usually expressed as a motherly or sexually interested gaze--one sanctioned, the other forbidden. Sandra Summers investigates these two major variants of female voyeurism in exemplary didactic and courtly literature by medieval German authors. Setting the motif against the period's dominant patriarchal ethos and its almost exclusive pattern of male authorship, Summers argues that the maternal gaze was endorsed as a stabilizing influence while the erotic gaze was condemned as a threat to medieval order. Summers examines whether medieval artists and writers invented the idea of "ogling," or whether they were simply recording a behavioral practice common at the time. She investigates how the act of ogling altered the narrative trajectory of female characters, and she also considers how it may have affected the regulation and restriction of women during Europe's Middle Ages. Drawing upon contemporary gender studies, women's studies, film studies, and psychology, Summers argues that the female gaze ultimately governs social formation. The exploration of the female gaze in period literature transcends medieval scholarship and impacts our understanding of the broader problem of gender perceptions and social structuring in Western civilization.

Sandra Lindemann Summers is a lecturer in German at the University of North Carolina-Chapel Hill.