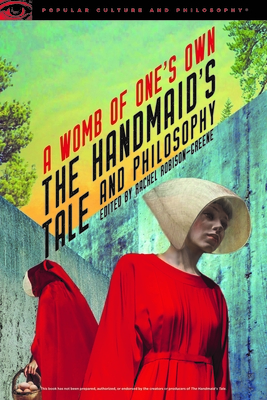 In The Handmaid's Tale and Philosophy, philosophers give their insights into the blockbuster best-selling novel and record-breaking TV series, The Handmaid's Tale. The story involves a future breakaway state in New England, beset by environmental disaster and a plummeting birth rate, in which the few remaining fertile women are conscripted to have sex and bear children to the most powerful men, all justified and rationalized by religious fundamentalism. Among the questions raised by this riveting and harrowing story: ● The Handmaid's Tale displays the connection between sex and power. What light does this story shed on sex and power in our own society? ● The divinity of the feminine is associated with the female capacity to give birth. Is this association inherently exploitative? ● In the story, the revolution rapidly rebranded people by changing their names and placing them into functional groups with specific titles. How important is change in language to the suppression of individual freedom? ● The Handmaid's Tale sees everything through the eyes of one character. How is it possible to construct a self and an identity at odds with the definition which the culture attempts to impose? ● In oppressive societies, even the most oppressed do show some freedom of choice. What is the limit of autonomy in a repressive society ruled by a fanatical ideology? ● Our present ethics of sex relies heavily on the notion of consent, but in the world of The Handmaid's Tale there is little scope for consent. How is the power of consent constricted by the broader social conditions? ● The feminist idea of Care Ethics can be used to critique various gender relationships. How does Care Ethics evaluate our own society and the society depicted in The Handmaid's Tale? ● The society portrayed in the story is marked by fierce religiosity, yet the Christian God presumably disapproves of its brutal exploitation and oppression. What is the relation between a loving Deity and the literal interpretation of scriptural passages? ● Among many dystopian stories, what makes The Handmaid's Tale particularly memorable, and what purpose is served by the contemplation of imaginary dystopias? ● Suicide is common in The Handmaid's Tale, and contemplating the possibility of suicide is even more common. Can life be worth living if the political and religious structure is thoroughly malign? ● Beneath the theocratic preaching, there is the practical suggestion that everything is being arranged for the good of society and therefore of everyone. Who gets to decide and enforce what is in society's best interests?