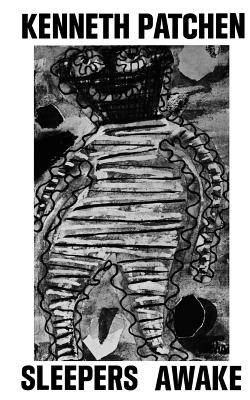 A major prose book from the great experimental poet.

Sleepers Awake, first published in 1946, is one of Kenneth Patchen’s major prose books. A work of extraordinary imaginative invention, it might be described as "novelistic fantasy"––a pioneering new direction in fiction which created its own protean form as it was written. Patchen mingled narrative with dream visions, surrealism with satire, poetry with statements of principle, and explored the then almost uncharted territory of visual word structures twenty years before "Concrete Poetry" became a popular international movement. Sleepers Awake is a rallying cry to young and old, as Patchen advances his long struggle against inhumanity, oppression, war and hypocrisy. Now brutal, now lyrical, he gives us life and the world as we must take them if they are to have full meaning, the horror and the beauty, the joy and the suffering together.

Kenneth Patchen (1911-1972) was one of the most prolific American poets of his time. He was born in Niles, Ohio. He attended school at the University of Madison-Wisconsin where he met his wife, Miriam Oikemus. They moved to Greenwich Village and befriended many writers including E.E. Cummings, Anais Nin, and Henry Miller. An accident occurred after his first publication that would eventually leave him an invalid. He and his wife later moved to San Francisco during the early years of the Beat Movement. Many Beat poets would cite Patchen as a major influence. His "experimental protests" in poetry, painting, and prose remain unprecedented. Aside from his many books of poetry, his acclaimed novels, and his concrete visual works, Kenneth Patchen also collaborated with John Cage for the radio-play The City Wears a Slouch Hat, and worked with Charles Mingus developing jazz poetry. Patchen was an unwavering pacifist and many of his works have a political bent. Patchen was the first recipient of an NEA Literary Grant in 1967.

To experience Patchen's work is to discover a peculiar sort of divinity.
— Devendra Banhart

In these fierce and hurrying years, Patchen's apocalyptic prophecies have come and are coming all too true. Listen if there is still time, to the words of this man! 'Peace or Perish: Mercy Truth Freedom Peace Peace Peace Peace Love Kindness Trust or All Men Are Doomed.'
— Lawrence Ferlinghetti

Patchen is the only major poet—and prose writer if it comes to that—who is still to be plumbed, explored, or really understood. Rich the prospect for him, and for us!
— Peter Yates