Argonautika: The Voyage of Jason and the Argonauts (Paperback) 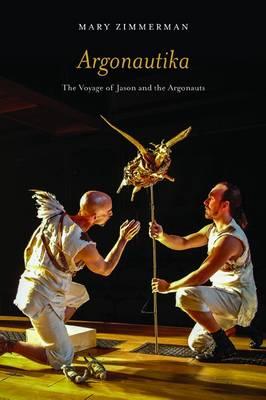 As in her Tony Award–winning Metamorphoses, Mary Zimmerman transforms Greek mythology—here the story of Jason and the Argonauts—into a mesmerizing piece of theater. Encountering an array of daunting challenges in their “first voyage of the world,” Jason and his crew illus­trate the essence of all such journeys to follow—their un­predictability, their inspiring and overwhelming breadth of emotion, their lessons in the inevitability of failure and loss. Bursts of humor and fantastical creatures enrich a story whose characters reveal remarkable complexity. Medea is profoundly sympathetic even as the seeds are sown for the monstrous life ahead of her, and the brute strength of Hercules leaves him no less vulnerable to the vicissitudes of love. Zimmerman brings to Argonautika her trademark ability to encompass the full range of human experience in a work as entertaining as it is enlightening.

Mary Zimmerman's credits as an adapter and a director include Metamor­phoses, The Arabian Nights, The Odyssey, Journey to the West (all published by North­western) and The Notebooks of Leonardo da Vinci. Her work has been produced at the Lookingglass Theatre and Goodman Theatre of Chicago; on Broadway at Circle in the Square; in New York at Second Stage, the Brooklyn Academy of Music, and the Manhattan Theatre Club; and at many other major regional theaters around the country and abroad. She has also directed at the Metropolitan Opera. Zimmerman is the recipient of a MacArthur Fellowship and won a Tony Award for her direction of Metamorphoses. She is a professor of performance studies at Northwestern University.

“A thoroughly engaging version of a timelessly entertaining myth as told by a theatrical imagination of mythic propor­tions.”—San Francisco Chronicle

“With her trademark focus on the wisdom of mythology, auteur director Mary Zimmerman adapts the sprawling jour­ney of Jason and the Argonauts into a spare, lucid, elegant show.”—Variety