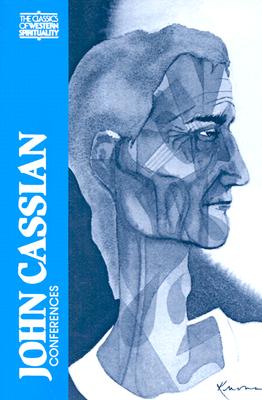 ...clearly a must for all libraries...and for all readers interested in spirituality. Religious Studies Review John Cassian: Conferences translation and preface by Colm Luibheid introduction by Owen Chadwick I f you wish to achieve true knowledge of scripture you must hurry to achieve unshakable humility of heart. This is what will lead you not to the knowledge that puffs a man up but to the lore which illumines through the achievement of love. John Cassian (c. 365-c. 435) At the turn of the sixth century the Mediterranean world was witnessing the decline of Roman rule that had formed the bedrock of its civil order. During the chaos of those years, there arose in the deserts of Egypt and Syria monastic movements that offered men and women a radical God-centered alternative to the present society. Among the most eloquent interpreters of this new movement to western Europe was John Cassian (c. 365-c.435). Drawing on his own early experience as a monk in Bethlehem and Egypt, he journeyed to the West to found monasteries in Marseilles and the region of Provence. Included in this volume is Cassian's masterpiece, the Conferences, which is a study of the Egyptian ideal of the monk. The new translation by Colm Luibheid is coupled with an insightful introduction by the distinguished Regius Professor Emeritus of Modern History, Cambridge University, Owen Chadwick, who writes of Cassian's achievement: Like the Rule of St. Benedict, his work was a protection against excess and a constant recall to that primitive simplicity where eastern spirituality met western. +