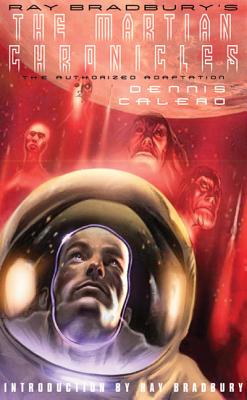 The Earthmen came by the handful, then the hundreds, then the millions. They swept aside the majestic, dying Martian civilization to build their homes, shopping malls, and cities. Mars began as a place of boundless hopes and dreams, a planet to replace an Earth sinking into waste and war. It became a canvas for mankind's follies and darkest desires. Ultimately, the Earthmen who came to conquer the red-gold planet awoke to discover themselves conquered by Mars. Lulled by its ancient enchantments, the Earthmen learned, at terrible cost, to overcome their own humanity.

Ray Bradbury (1920-2012) was one of science fiction's greatest luminaries. The author of such classic, important works as Fahrenheit 451, The Martian Chronicles, and Something Wicked This Way Comes, Bradbury was honored in 2007 with a Pulitzer citation "for his distinguished, prolific and deeply influential career as an unmatched author of science fiction and fantasy." Other distinctions include a 1954 honor from the National Institute of Arts and Letters, a Medal for Distinguished Contribution to American Letters from the National Book Foundation in 2000, and the National Medal of Arts, awarded by President George W. Bush and Laura Bush in 2004. He was also an Emmy Award-winning screenwriter. Born in Waukegan, Illinois in 1920, Bradbury spent most of his life in Los Angeles, where he passed away in 2012.