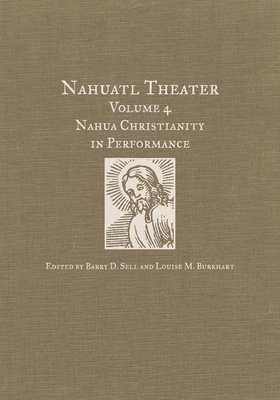 Barry D. Sell and Louise M. Burkhart have chosen plays that represent the types of dramas performed in late-colonial Aztec communities and underscore the differences between local religion and church doctrine. Included are a complex epiphany drama from Metepec, two morality plays, two Passion plays, and three history plays that show how Nahuas dramatized Christian legends to reinterpret the Spanish Conquest. Fruits of a performance tradition rooted in sixteenth-century collaborations between Franciscan friars and Nahua students, these plays demonstrate how vigorously Nahuas maintained their traditions of community theater, passing scripts from one town to another and preserving them over many generations.

The editors provide new insights into Nahua conceptions of Christianity and of society, gender, and morality in the late colonial period. Their precise transcriptions and first-time English translations make this, along with the previous volumes, an indispensable resource for Mesoamerican scholars.