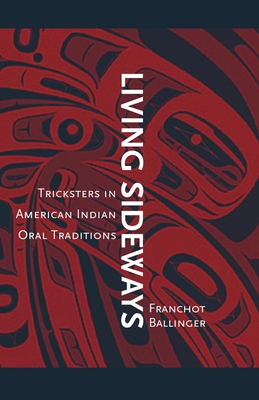 By Franchot Ballinger
Email or call for price.

Native American tricksters can be buffoons, transformers, social critics, teachers, and mediators between human beings, nature, and the gods. A vibrant part of American Indian tradition, the trickster has shown a remarkable ability to adapt into the twenty-first century. In Living Sideways, Franchot Ballinger provides the first full-length study of the diverse roles and dimensions of North American Indian tricksters. While honoring their diversity and complexity, he challenges stereotypical Euro-American treatments of tricksters.

Living Sideways also includes illustrative trickster stories at the end of each chapter, a comprehensive bibliography, and discussion of the literary aspects of tricksters. Examining both the sacred power of tricksters and the stories as literature, Living Sideways is the most thorough book to date on Native American tricksters.