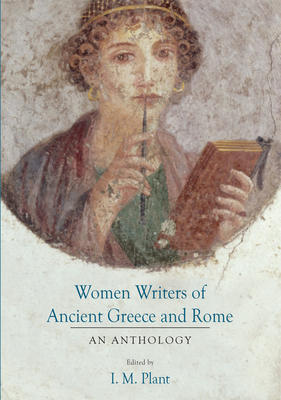 By I. M. Plant (Editor)
Email or call for price.
Usually Arrives in 2-10 Days

"A comprehensive anthology, carefully researched, Women Writers of Ancient Greece and Rome has the considerable merit of making available in English translation authors who have never been translated at all, or whose work can be found only by professional scholars."-Mary Lefkowitz, coeditor of Women's Life in Greece and Rome Despite a common perception that most writing in antiquity was produced by men, some important literature written by women during this period has survived. Edited by I. M. Plant, Women Writers of Ancient Greece and Rome is a comprehensive anthology of the surviving literary texts of women writers from the Graeco-Roman world that offers new English translations from the works of more than fifty women. From Sappho, who lived in the seventh century B.C., to Eudocia and Egeria of the fifth century A.D., the texts presented here come from a wide range of sources and span the fields of poetry and prose. Each author is introduced with a critical review of what we know about the writer, her work, and its significance, along with a discussion of the texts that follow. A general introduction looks into the problem of the authenticity of some texts attributed to women and places their literature into the wider literary and social contexts of the ancient Graeco-Roman world. I. M. Plant is Lecturer in Ancient History at Macquarie University, New South Wales, Australia.