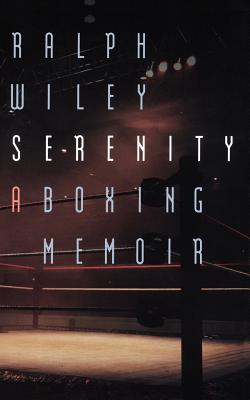 Ralph Wiley is the author or coauthor of several works, most recently Born to Play: The Eric Davis Story.

“This is a surprising book, a terrific book. It’s not about boxing, but about an odd, demanding world in which boxing is the thread, the key to existence. Wiley deftly broadens the delineation of this world and its people. Perceptive reporting is the foundation and perceptive reporting is rare enough. Wiley enhances it with clear, quick writing laced with humor and with a sensitivity that lends brilliance to this impressive work.”—Robert W. Creamer, author of Baseball and Other Matters in 1941

“Ralph Wiley, with Serenity, has produced an original book about the ring. . . . He can dig beneath the surface and show us what really happened in a bout: why Thomas Hearns, with too much faith in his powerful right hand, lost to Sugar Ray Leonard in their first match. . . . Or why Roberto Durán was acting out of prudence, not cowardice, when he quit in his second fight against Leonard. . . . Yet the book is not really about boxing. Boxing in Serenity is what T. S. Eliot, speaking of plot, called the meat a burglar brings to distract the watchdog. The book is really about growing up in a world where you had to defend yourself physically to survive.”—New York Times

“Wiley is one writer who really knows his way around a boxing ring. . . . [He writes] with passion and understanding about complex, violent men and their oddly redemptive sport.”—Booklist