After Our Likeness: The Church as the Image of the Trinity (Sacra Doctrina: Christian Theology for a Postmodern Age) (Paperback) 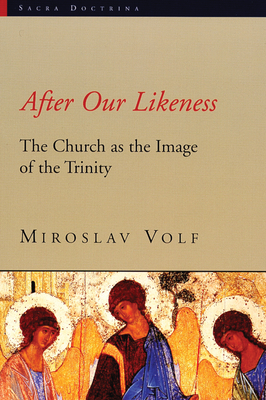 In After Our Likeness, the inaugural volume in the Sacra Doctrina series, Miroslav Volf explores the relationship between persons and community in Christian theology. The focus is the community of grace, the Christian church. The point of departure is the thought of the first Baptist, John Smyth, and the notion of church as gathered community that he shared with Radical Reformers. Volf seeks to counter the tendencies toward individualism in Protestant ecclesiology and to suggest a viable understanding of the church in which both person and community are given their proper due. In the process he engages in a sustained and critical ecumenical dialogue with the Catholic and Orthodox ecclesiologies of Joseph Cardinal Ratzinger and the metropolitan John Zizioulas. The result is a brilliant ecumenical study that spells out a vision of the church as an image of the triune God.