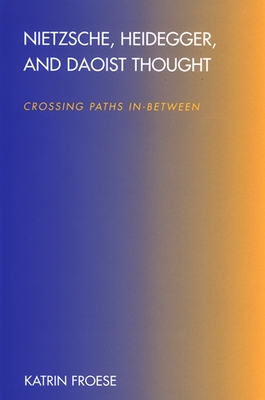 In this book, Katrin Froese juxtaposes the Daoist texts of Laozi and Zhuangzi with the thought of Nietzsche and Heidegger to argue that there is a need for rethinking the idea of a cosmological whole. By moving away from the quest for certainty, Froese suggests a way of philosophizing that does not seek to capture the whole, but rather becomes a means of affirming a connection to it, one that celebrates difference rather than eradicating it. Human beings have a vague awareness of the infinite, but they are nevertheless finite beings. Froese maintains that rather than bemoaning the murkiness of knowledge, the thinkers considered here celebrate the creativity and tendency to wander through that space of not knowing, or "in-between-ness." However, for Neitzsche and the early Heidegger, this in-between-ness can often produce a sense of meaninglessness that sends individuals on a frenetic quest to mark out space that is uniquely their own. Laozi and Zhuangzi, on the other hand, paint a portrait of the self that provides openings for others rather than deliberately forging an identity that it can claim as its own. In this way, human beings can become joyful wanderers that revel in the movements of the Dao and are comfortable with their own finitude. Froese also suggests that Nietzsche and Heidegger are philosophers at a crossroads, for they both exemplify the modern emphasis on self-creation and at the same time share the Daoist insight into the perils of excessive egoism that can lead to misguided attempts to master the world.

Katrin Froese is Associate Professor of Religious Studies and Philosophy at the University of Calgary and the author of Rousseau and Nietzsche: Toward an Aesthetic Morality.