The Huainanzi and Liu An's Claim to Moral Authority (Paperback) 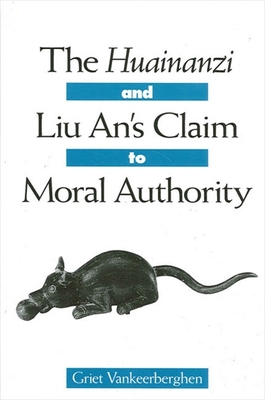 By Griet Vankeerberghen
Email or call for price

This innovative study explores both the Huainanzi, the text written at the court of Liu An, king of Huainan, and presented to Emperor Wu in 139 B.C.E., and the events that led up to the death of Liu An in 122 B.C.E. Author Griet Vankeerberghen provides a fresh treatment of the Huainanzi, which she establishes as a unified work with a coherent moral philosophy. She shows that rather than defending any particular school of thought, as is often claimed, the Huainanzi was the primary means by which Liu An displayed his vision of the good and advertised his readiness to be a ruler. By 123 B.C.E. Liu An was accused of plotting rebellion and was forced to commit suicide a year later, but the disloyalty he was accused of may have had more to do with his independent intellectual stance than with a military plot. The book goes on to explore the relationship of moral, intellectual, and political authority in the first century of the Han dynasty, a period when the regime sought to monopolize all moral and intellectual authority.