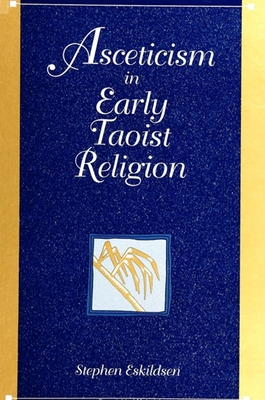 By Stephen Eskildsen
$32.95
Email or call for price.

Using a wide variety of original sources, this book brings to light how and why asceticism was carried out by Taoists during the first six centuries of the common era. It examines the practices of fasting, celibacy, self-imposed poverty, wilderness seclusion, and sleep-avoidance, and it discusses the beliefs and attitudes that motivated and justified such drastic actions. Asceticism in Early Taoist Religion demonstrates that although Taoist ascetics pursued austerities that were extremely rigorous, they did not seek to mortify the flesh. Through their austerities, they almost always sought to improve their physical strength and health, because they aspired toward physical longevity as well as spiritual perfection. Even though they sometimes taxed their bodies severely, they believed that their strength and health would eventually be restored if they persevered. The highest goal was to ascend to divine realms in an immortal body. However, certain beliefs that emerged during this period--particularly those influenced by Buddhism--may have caused some Taoist ascetics to virtually abandon their concern with longevity, and to focus disproportionately upon the perfection of the spirit. Such ascetics were more likely to purposely harm and neglect their bodies, contradictory as this may have been to the cherished ideals of the Taoist religion. Eskildsen traces how this problem may have emerged, and how it was viewed and dealt with by those who maintained the ideal of longevity.