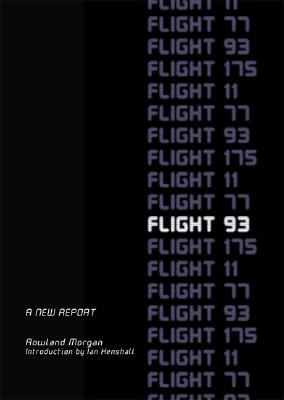 By Rowland Morgan, Ian Henshall (Introduction by)
Email or call for price.
Not Currently Available Through Reach and Teach

Flight 93 is the heroic 9/11 story that inspired America and produced the Pentagon's "Let's Roll" recruiting slogan for the Iraq invasion. Brave passengers, enraged when they learned about the 9/11 events by phone, organized an attack that brought the plane down in rural Pennsylvania. It was the drama that powered America's war effort. But how much of the Flight 93 legend is truth, and how much wishful thinking or even propaganda? In a book that will shake believers and challenge the official account, Rowland Morgan compares the legend with the available evidence and finds much of it is wishful thinking or pure invention. Problems with the U.S. Air Force's failed intervention, the presence of hijackers, the passengers' phone calls, and the dramatic climax in the cockpit suggest a motive for war that is as much fiction as fact. Rowland Morgan's co-authored 9/11 Revealed rocked government circles in London and in Washington, where it was officially branded "misinformation" and subjected to a corporate media boycott. In Flight 93: the Inside Story, Morgan again shatters illusions and forces readers to re-examine the evidence.