Abraham Lincoln on Screen: Fictional and Documentary Portrayals on Film and Television (Paperback) 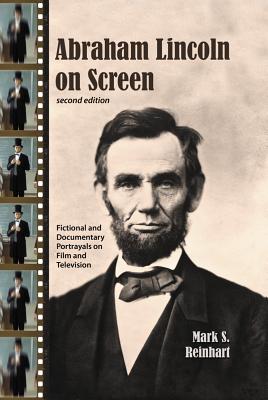 President Lincoln is the most frequently portrayed American historical figure in the history of the film and television arts, having been featured in about 300 productions since the birth of the motion picture medium. In this work, entries cover each film, documentary and television portrayal of Lincoln, providing essential cast, production and release information, and a discussion of each work's historical accuracy and artistic merits. This updated edition provides commentary on all new films produced in recent years, as well as dozens of earlier films, such as The Rivalry, Abraham Lincoln (1924) and Lincoln (1929), that were not covered in the original edition.

Mark S. Reinhart has presented lectures on the subject of Lincoln-related film and television at libraries and museums throughout the U.S. He is a musician in Columbus, Ohio.