Hermione Granger Saves the World: Essays on the Feminist Heroine of Hogwarts (Paperback) 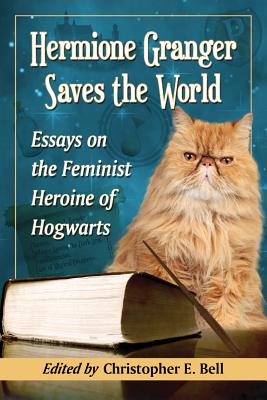 The new essays in this book make two central claims. First, for some people, the word "feminist" has been either poorly defined or even demonized. Hermione Granger, of the Harry Potter series, serves as an outstanding example of what modern young feminism looks like: activist, powerful and full of agency, yet feminine, romantic and stylish--a new kind of feminism for a new kind of girl. The second claim the essays make is that our young, emergent feminist Hermione Granger is a pivotal character upon whom the entire series rests--not Harry Potter himself (or, at least, not Harry Potter solely). It is Hermione who solves every difficult puzzle, performs every difficult spell, and to whom her two male companions look for guidance and advice. On several occasions throughout the series, Hermione literally saves the world through her actions. This is an outstanding model for young women (and for young men as well) who are confused about how feminism manifests and operates in 2012.

Christopher E. Bell is an associate professor of media studies in the department of communication at the University of Colorado Colorado Springs, specializing in the study of the ways in which race, class and gender intersect in different forms of children's media. He is a TED speaker, a diversity and inclusiveness consultant for Pixar Animation Studios, a 2017 David Letterman Award winning media scholar and the 2017 Denver Comic Con Popular Culture Educator of the Year.