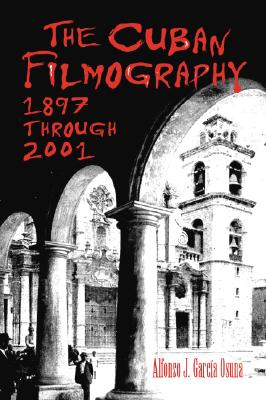 On January 24, 1897, an event took place that would change Cuban culture forever: the first moving pictures were shown in Havana. A couple of weeks later, on February 7, the first movie was filmed on the island. Since then, cinematography and Cuba have shared peculiar and innate connections, as their beginnings roughly coincide and Cubans are living in both the age of independence and revolution and the age of film. This work is a filmography of every Cuban film (including documentaries, shorts and cartoons) released from 1897, the first year films were shown and made in Cuba, through 2001. Each entry gives the original title of the film, the English translation of it, director, production company or companies, year of release, black and white or color, total running time, writing credits if the film is based on a story or novel, animation credits if the film is a cartoon, music credits if music has been written specifically for the film, cast credits, and a synopsis and short critical evaluation. The work also provides comments on the relationship between Cuban film and history, and the changes that have taken place over the years in themes, topics, methods, and other aspects of filmmaking in Cuba.