The Literary Filmography: 6,200 Adaptations of Books, Short Stories and Other Nondramatic Works (Paperback) 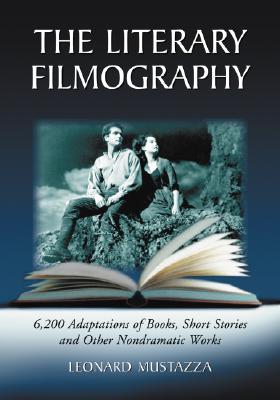 From the very infancy of the film industry, filmmakers have relied heavily upon literature as the foundation for their movie material. Well-known literary works such as Dickens's A Christmas Carol and Hawthorne's The Scarlet Letter were adapted to film in the silent era, as were such books as Thomas Dixon's Jr.'s The Klansman, basis for the film Birth of a Nation. In recent years, Nick Hornsby's About a Boy and each of Helen Fielding's Bridget Jones's Diary novels were the basis for popular movies bearing the same names. A guide to English-language works that have been adapted as theatrical and television films, this volume includes books (both fiction and non-fiction), short stories, newspaper and magazine articles and poems. Entries are arranged alphabetically by literary title with cross-listings for films made under different titles. Each entry includes the original work's title, author, year of first publication, literary prizes, and a brief plot summary. Information on film adaptation(s) of the work, including adaptation titles, director, screenwriter, principal cast and the names of the characters they portray, major awards, and availability in the most common formats (DVD, VHS), is also offered.

Leonard Mustazza is a distinguished professor of English and American Studies at Penn State University in Abington, Pennsylvania. He is the author of numerous scholarly articles and eight books.