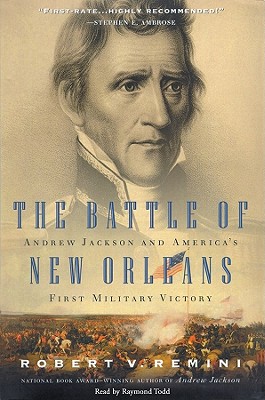 This book addresses a pivotal and overlooked moment in American history. In 1815, Britain's crack troops, fresh from victories against Napoleon, were stunningly defeated near New Orleans by a ragtag army of citizen soldiers under the fledgling commander Andrew Jackson, whom they dubbed "Old Hickory." It was this battle that first defined the United States as a military power to be reckoned with and an independent democracy here to stay.

The Battle of New Orleans sets its scenes with an almost unbelievably colorful cast of characters--a happenstance coalition of militiamen, regulars, untrained frontiersmen, free blacks, Indians, townspeople, and of course, Jackson himself. His glorious, improbable victory will catapult a once-poor, uneducated orphan boy into the White House and forge the beginning of a true nation.