Heavyweights: The Military Use of Massive Weapons (Hardcover) 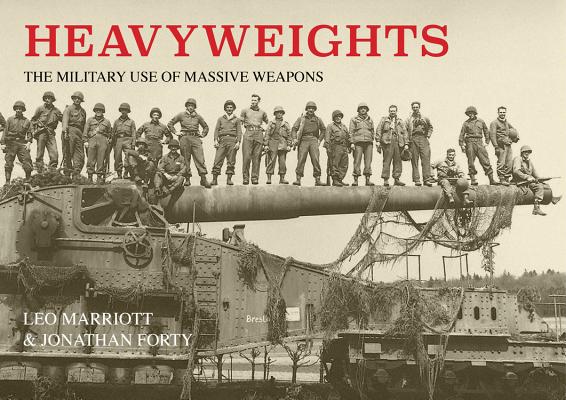 By Leo Marriott, Simon Forty
$24.99
Email or call for price.

Delivering the heaviest possible ammunition onto the enemy and his strong points serves a number of military functions.  It destroys protective positions and is ideal for siege or trench warfare.  It maintains distance from the opposition without endangering one's own troops.  Also significant, heavy artillery saps the enemy's morale when they see them rolling out on the front lines.  Most importantly, the heavyweights shared in these pages were game changers.  Before the end of the 14th century, strong city walls and castle ramparts were almost impregnable but as technology progressed and the weapons got bigger, the way of battle changed.  As defense on the battlefield adapted, innovation spurred more destructive and damage dealing weapons.  Before long, every army had its artillery train, and a significant point of pride was the largest and most potent of the weapons.  Weather it was against giant warships or castle walls, heavyweights got the job done.

Covering military history chronologically, each period has a number of case studies.  From the stone-shot Turkish supercannon to the atomic artillery of the 1950s.  Whether it was by land or sea, the biggest, baddest, heavy artillery are paid homage within these pages.  As the guns and munitions grew, so did the massive shells, ammunition carriers, and reloaders.  The largest weapons are itemized and their uses in wartime are documented.  Additionally, there are appendices that identify the largest of other guns, hand held or personal weapons, and aircraft.

This book asks the question, "Is bigger always better?"  In these cases, the answer is yes.

Leo Marriott has watched the stars since he was a child. A sailor, pilot, and air traffic controller, he has always needed to know where he is and what information the objects around him can provide. As the author of more than 20 books, including a best seller on the Titanic, he has proved his ability to explain things clearly, in a text that is free of jargon and designed to educate and illuminate. He currently works for Airbus of Filton.

Simon Forty was educated at Sedbergh School and London University's School of Slavonic and East European Studies. He has been involved in book publishing for over three decades and specializes in military history, having written and contributed to a large number of titles. Simon lives in Devon, England.