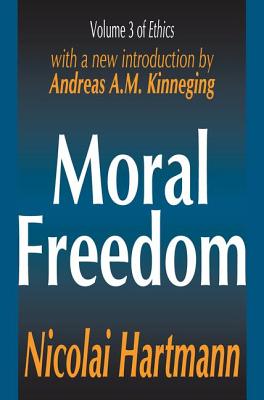 By Nicolai Hartmann
Email or call for price.
Usually Arrives in 2-10 Days

Ethics is Nicolai Hartmann's magnum opus on moral philosophy. Volume 1, Moral Phenomena, is concerned with the nature and structure of ethical phenomena. Volume 2, Moral Values, describes all values as forming a complex and imperfectly known system. The final volume, Moral Freedom, deals with one of the oldest puzzles in both philosophy and theology: the individual's freedom of the will.

Hartmann's Ethics may well be the most outstanding treatise on moral philosophy in the twentieth century. Andreas Kinneging's introduction sheds light on the volume's continuing relevance.