Hey! Wake Up! (Boynton on Board) (Board book) 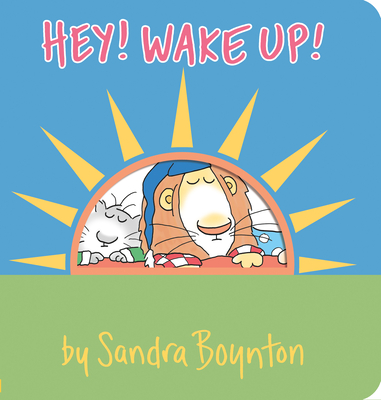 Happy morning, everyone!
The perfect partner to Pajama Time!, Hey! Wake Up! is a good-morning book with the irrepressible language, the inimitable illustrations, the irresistible cast of characters only Sandra Boynton could create.

Just watch out for the broccoli stew. (Ew.)