China and North Africa: Between Economics, Politics and Security (Hardcover) 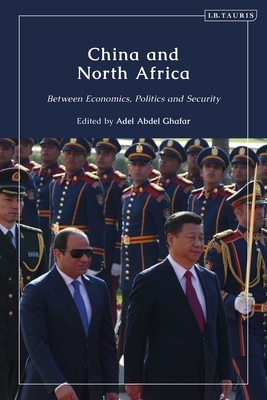 By Adel Abdel Ghafar (Editor)
Email or call for price.

Beijing's growing footprint in North Africa encompasses, but is not limited to, trade, infrastructure development, ports, shipping, financial cooperation, tourism and manufacturing. It is continuing to expand its co-operation with North African countries, not only in the economic and cultural spheres, but also those of diplomacy and defence. This engagement with North Africa relates to the key aim of President Xi Jinping's Belt and Road Initiative (BRI), which wants to connect Asia, Africa and Europe and sees potential in North Africa's strategic geographic location.

This book is the first to analyse China's role in North Africa. It comprises of five leading country experts - Anouar Boukhars, Yahia Zoubir, Sarah Yerkes, Tareki Magresi and Nael Shama - who examine the various socio-economic, political and security aspects of China's relationship with Algeria, Morocco, Libya, Tunisia and Egypt. The book explores how China is displaying a development model that seeks to combine authoritarianism with economic growth, a model and that has an eager audience among regimes across the MENA region. It reveals how the China-North Africa relationship fits within the broader dynamics of increasing China-US rivalry. In doing so, contributors explain why China's growing role in North Africa is likely to have far-reaching economic and geopolitical consequences for both countries in the region and around the world.

Adel Abdel Ghafar is a fellow in the Foreign Policy programme at The Brookings Institution, Washington D.C, USA, and at the Brookings Doha Center, Qatar, where he was previously acting director of research. His publications include Egyptians in Revolt: The Political Economy of Labor and Student Mobilizations 1919-2011 (2017) and The Middle East: Revolution or Reform? (2014). He has researched and consulted for various intergovernmental organizations and government agencies including the European Union, the U.K. Foreign & Commonwealth Office, the Department for International Development (DFID), and the Australian Department of Foreign Affairs and Trade. Abdel Ghafar has a background in international banking and finance and holds a doctorate in political science and international relations from the Australian National University, Australia.