Islam, Science Fiction and Extraterrestrial Life: The Culture of Astrobiology in the Muslim World (Hardcover) 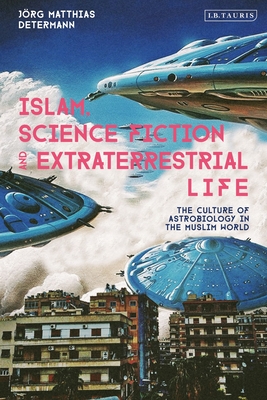 By Jörg Matthias Determann
Email or call for price.

The Muslim world is not commonly associated with science fiction. Religion and repression have often been blamed for a perceived lack of creativity, imagination and future-oriented thought. However, even the most authoritarian Muslim-majority countries have produced highly imaginative accounts on one of the frontiers of knowledge: astrobiology, or the study of life in the universe.
This book argues that the Islamic tradition has been generally supportive of conceptions of extra-terrestrial life, and in this engaging account, J rg Matthias Determann provides a survey of Arabic, Bengali, Malay, Persian, Turkish, and Urdu texts and films, to show how scientists and artists in and from Muslim-majority countries have been at the forefront of the exciting search. Determann takes us to little-known dimensions of Muslim culture and religion, such as wildly popular adaptations of Star Warsand mysterious movements centred on UFOs. Repression is shown to have helped science fiction more than hurt it, with censorship encouraging authors to disguise criticism of contemporary politics by setting plots in future times and on distant planets. The book will be insightful for anyone looking to explore the science, culture and politics of the Muslim world and asks what the discovery of extra-terrestrial life would mean for one of the greatest faiths.