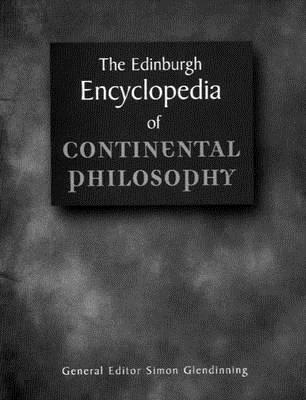 By Simon Glendinning (Editor)
Email or call for price.

This single-volume reference guide covers the most important authors and movements in Continental Philosophy. Each section focuses on a school of thought, bringing together articles by leading scholars which explore the key thinkers and texts. Arranged in chronological order, the volume begins with the founding texts of Classical Idealism and concludes with Post-structuralism.

Simon Glendinning is Fellow in European Philosophy at the European Institute at LSE. His interests lie primarily in the phenomenological movement in Europe and its relation to phenomenological philosophy from the English-speaking world. As well as numerous articles, he is the author of The Idea of Continental Philosophy (EUP, 2006), On Being With Others: Heidegger - Derrida - Wittgenstein (Routledge, 1998), and editor of Arguing with Derrida (Blackwells, 2001) and the Edinburgh Encyclopedia of Continental Philosophy (EUP, 1999).