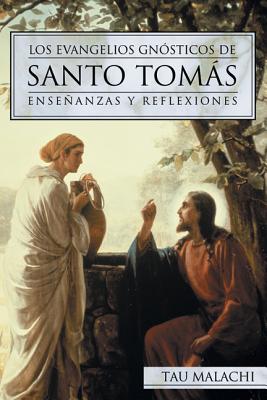 This is book number 1 in the Gnostic (Spanish) series.

This work is the first to present the Gnostic gospels and the Kabbalah in a practical and deeply esoteric way. This book explores the primary ideas of the Kabbalah and the Tree of Life. Gnostic legends and myths of the Holy Mother, St. Mary Magdalene, and Jesus are mixed in the study of sacred Sefirot.

Tau Malachi's (Malachi eben Ha-Elijah's) spiritual journey began when he met the acquaintance of a Tau of the Sophian Tradition of Gnostic Christianity, Tau Elijah ben Miriam. He received the oral tradition of Sophian Gnosticism from Tau Elijah, and has been a student and practitioner of Gnostic Christianity for over thirty-five years. In 1983 he founded Sophia Fellowship as an expression of the tradition, and has been teaching and initiating others into Christian Gnosticism, Rosicrucian Philosophy and Christian Kabbalah since that time. He is an initiate of Ordo Sanctus Gnosis and serves as an Elder and Tau within the Sophian lineage. Tau Malachi is also a Chevalier (a dubbed Knight) in the International Order of Chivalric Companions, a Martinist, and is an ordained and consecrated Independent Bishop. He is co-founder of The Gnostic Apostolic Church of Sophia and is among the leading exponents of Christian Gnosticism and Kabbalah in our times. Along with his exploration of the Western Mystery Tradition, he has studied extensively in several Eastern Traditions, such as Vajrayana Buddhism and Vedanta, and he also studied within a Middle Eastern Tradition of Sufism, as well as becoming involved in Native American Shamanism. Though Gnostic Christianity has always been his heart's path.