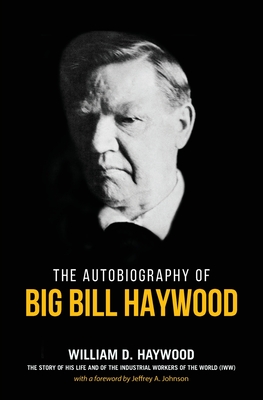 This is William D. Haywood's own story, written during the last year of his life.
A heroic giant of the American labor movement during its most turbulent years,
"Big Bill" was a Socialist and a founder and leader of the Industrial Workers of the
World (IWW). Born in Salt Lake City, he went into the Nevada metal mines at the age
of 15 and joined the Western Federation of Miners in 1896 at 27. At 31, he was
Secretary-Treasurer of the WFM and led its epic struggles against the mining trusts.
He became the storm center of many other great labor struggles on the eve of the first World War, including the strikes of textile workers in Lawrence, Mass. and in Paterson, N.J. He also led the militant Wobbly "Free Speech" fights, and was prosecuted for
opposing U.S. entry into World War I. His story, a swift moving narrative as absorbing as a novel, should be known to the present generation.