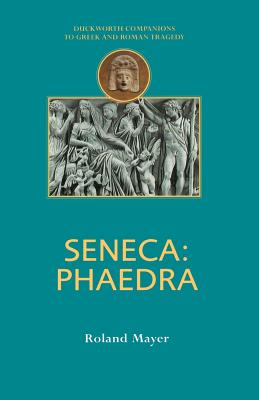 By Roland Mayer
Email or call for price.

Phaedra is one of Seneca's most successful tragedies. It was the first ancient drama to be performed in the Renaissance, marking an epoch in European theatre. The myth, as reworked by Seneca on the basis of dramas by Euripides, was endowed with fresh power, and his characterisation of Phaedra, especially in her frank avowal of love to her stepson, Hippolytus, fired the imagination of later tragic poets, especially Racine. Roland Mayer introduces the reader to the complex dramatic and literary inheritance which Seneca appropriated and in his turn bequeathed, and he sets out some of the main lines of contemporary interpretation and performance practice.

Roland Mayer is Professor of Classics in the University of London. He has written widely on a number of Roman authors and issues, and in 1990 with Michael Coffey published an edition with commentary of Seneca's Phaedra (Cambridge University Press).