The African Novel of Ideas: Philosophy and Individualism in the Age of Global Writing (Paperback) 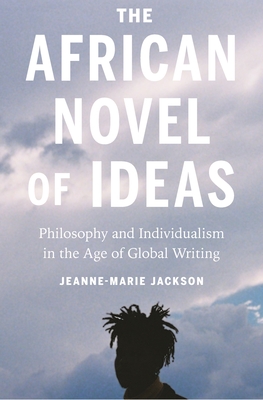 The African Novel of Ideas focuses on the role of the philosophical novel and the place of philosophy more broadly in the intellectual life of the African continent, from the early twentieth century to today. Examining works from the Gold Coast, South Africa, Uganda, and Zimbabwe, and tracing how such writers as J. E. Casely Hayford, Imraan Coovadia, Tendai Huchu, Jennifer Nansubuga Makumbi, and Stanlake Samkange reconcile deep contemplation with their social situations, Jeanne-Marie Jackson offers a new way of reading and understanding African literature. Jackson begins with Fante anticolonial worldliness in prenationalist Ghana, moves through efforts to systematize Shona philosophy in 1970s Zimbabwe, looks at the Ugandan novel Kintu as a treatise on pluralistic rationality, and arrives at the treatment of "philosophical suicide" by current southern African writers. As Jackson charts philosophy's evolution from a dominant to marginal presence in African literary discourse across the past hundred years, she assesses the push and pull of subjective experience and abstract thought. The first major transnational exploration of African literature in conversation with philosophy, The African Novel of Ideas redefines the place of the African experience within literary history.

Jeanne-Marie Jackson is assistant professor of English at Johns Hopkins University and the author of South African Literature's Russian Soul.